May 2 – Special Revelation: The Bible.

In the creation of the world, God has made Himself known to His creatures so that no person can stand before God on judgment day and say, “Hey, this isn’t fair. I had no idea there was a God!” This is called general revelation.

Although general revelation is enough to condemn man before God, it is not enough to save man from His holy justice. This is why we need God’s Special Revelation, the Bible.

In the Bible, God makes Himself fully known to us so that we can know Him, and find salvation in His son Jesus. This is good, because without revelation we would be left with only speculation. But since we have the Bible, we don’t have to guess about who God is or what He is like; He has told us.

2 Timothy 3:16 says, “All Scripture is breathed out by God and profitable for teaching, for reproof, for correction, and for training in righteousness…”

In English, the phrase “breathed out by God”, is translating the Greek word θεόπνευστος (theopneustos), which literally means God-breathed. Here, Paul is saying that ALL scripture is from the very breath of God, meaning ever written word proceeded from God Himself. That’s why as Christians, we call the Bible God’s Word.

The theological term for claiming that whole Bible is inspired by God is called ‘Verbal, Plenary Inspiration’. Verbal means the actual words (grammar, syntax, context) are inspired by God, while Plenary refers to the whole thing, meaning every single word of the original text is inspired by God. This means that verses in Leviticus are no more or no less inspired than the Sermon on the Mount from Jesus’ lips.

God’s Special Revelation in the Bible brings up all kinds of cultural questions that I want to address in the next several blog posts.

Did the writers of the Bible know they were writing God’s Word?

How do we know we have the right books in our Bible?

Isn’t the Bible full of errors? (Spoiler alert… NO!)

Is the Bible we have today what was originally written by Moses, Paul, Peter, etc.? Or has it been changed over time?

Do the writings of Paul have as much authority as the red letter words of Jesus?

In today’s culture, people seek to discredit the Bible for a host of reasons, but the most popular reason is to justify behaviors that the Bible condemns. This is not only coming from those outside the Church, but also from singers and song writers from within the church. For example, in justifying gay-marriage, Dan Haseltine (lead singer for Jars of Clay), has this to say about the Bible in a recent tweet:

Here is the big idea about the Bible. It really is God’s Word. The whole thing; every word, sentence, verse, and chapter is God’s Word! As followers of Jesus, our task is to take God at His Word, because it is profitable for teaching, reproof, correction, and training in righteousness!

We know God by His Word; the Bible. 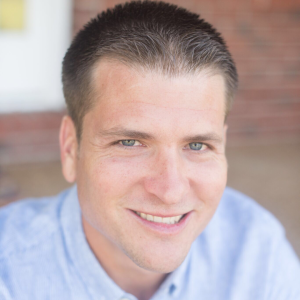 All Posts »
PrevPreviousApril 17 – Revelation: God makes Himself known to us.
NextMay 9 – Show Me the Red Letters!Next

4 thoughts on “May 2 – Special Revelation: The Bible.”